LAFFORT is a fourth generation family-owned company based in Bordeaux, France. It selects, produces and distributes enological products and has since 1895.

LAFFORT invests significant resources in Research and Development in its subdivision BIOLAFFORT, through collaboration with  different universities around the world, and additionally  in its world-class laboratory, SARCO. The company has been a leader in innovation since its inception and holds numerous patents. High quality products for all modern winemaking needs, this is the Laffort commitment to you.

LAFFORT USA was created in 2010 to bring the experience and technical knowledge of the global LAFFORT network to North American winemakers. 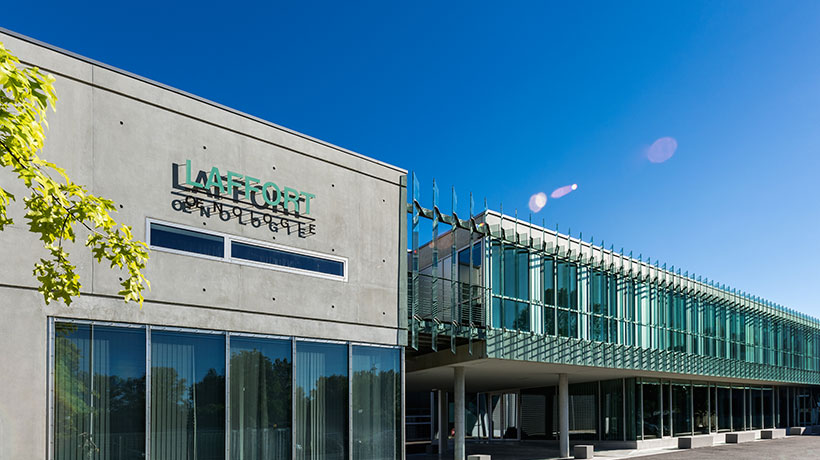 Here is the whole story:

Created in Bordeaux in 1895, LAFFORT has played a fundamental role in the developments in Œnology that followed Louis Pasteur and his initial Œnological discoveries. LAFFORT 's scientific developments have allowed the company to progress from a curative form of Œnology, based essentially on pure chemistry, to a preventative form, founded on biotechnologies.

LAFFORT has excelled through its high level of dedication to both applied and fundamental research. Embracing the future, the company has demonstrated the pertinence of its research via renowned product performance and quality. LAFFORT research is the origin of a large number of discoveries in modern Œnology, affirmed by numerous international patent applications. This energy and total commitment to R&D underpin the company's international Œnological presence.

LAFFORT is also characterised by its control over production methodologies, allowing it to implement Œnologically-specific hi-tech facilities and production know-how. These specialised production units, and the company's constant commitment to Œnology, allow winemakers to optimise and preserve the quality of their wine.

True to its profession, continuing the family tradition, and thanks to its inherent innovative spirit, LAFFORT is present in over 50 countries. Its products, derived from the synergy of over a century of tradition in combination with modern biotechnology, are used throughout the world for producing quality wines with minimal environmental footprint, so as to fulfil all modern winemaking requirements.

LAFFORT 's unceasing commitment to oenology is, by nature, its raison d'etre'.

Please sign-in to follow a company. If you are new visitor, you are welcome to sign-up with us

Message option is available for paid user alone. Please create a page or access a page for messaging to the suppliers.